Some orders may take longer to arrive due to shipper and supplier delays.

Erica Enders clinched her third NHRA Mello Yello Pro Stock world championship, locking up her first title since 2015 in Pomona. She joined Shirley Muldowney and Angelle Sampey as three-time female world champions in the NHRA Mello Yello Drag Racing Series. Despite not winning the event she became a three-time world champion at the Auto Club NHRA Finals, defeating Chris McGaha in the second round to lock up her third Pro Stock title and first since 2015. The Texan defeated rival Greg Anderson in the first round to put herself in position and sealed the deal by beating another rival in the second.

All eyes laid on Enders and Anderson in the first round. Anderson strategically qualified in the 15th position to book a matchup with Enders so he could give his K.B. Racing teammates Jason Line and Bo Butner a fighting chance to win the Pro Stock title. He did everything perfectly, even leaving a thousandth of a second before Enders in the opening stanza. t wasn't enough. Enders pounded through her clutch box expertly and beat Anderson to the quarter-mile finish line .004-second quicker to thunderous applause from the Pomona fans in her Melling Performance Chevy Camaro. She lept out of the car knowing she needed one more round win to lock up her first championship in four years.

Erica came into the Auto Club NHRA Finals with a 92-point lead over her Elite Motorsports teammate and five-time champion Jeg Coughlin Jr., whom she defeated in a crucial final round in Las Vegas. Elite Motorsports owner Richard Freeman announced Enders will return to the Melling Performance Chevy Camaro seat in 2020. She will defend her title beginning at the 2020 NHRA Winternationals in Pomona in February. 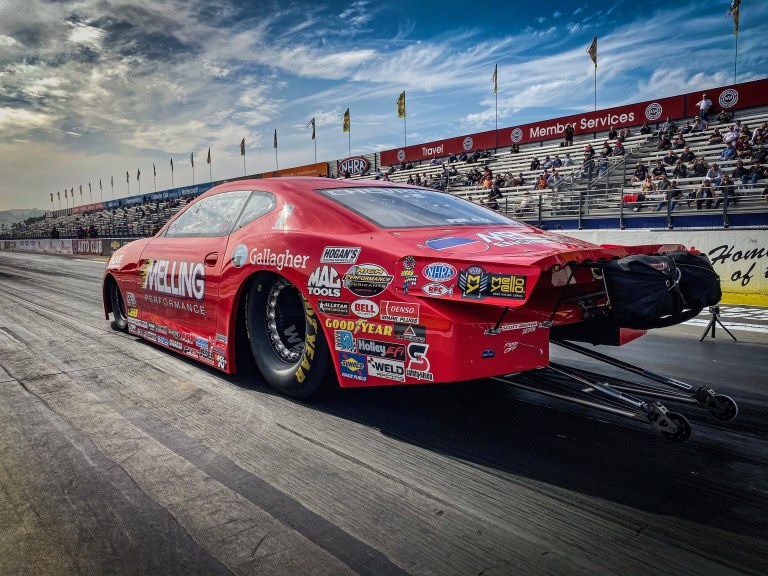