“This has been a long time coming. I feel like we finally got the Gorilla off our back. I can’t describe how good it feels to finally get this done. We had so many times where luck just didn’t go our way, something would happen to the car, or on the track, and tonight everything went right,” stated a jubilant Harli White in SawBlade.com Victory Lane.

“I can’t thank my parents and Johnny [Herrera] enough for believing in me and always pushing me and everyone on this car. Without them, none of this would be possible.”

MONTGOMERY, AL (July 11, 2020) Bubba Pollard claims his third checkered flag in as many weeks and continues his winning ways across the United States cashing in another big payday. Starting out in Florida with the Blizzard Series at Five Flags Speedway Pollard collected checks worth $15,000, next he made his way up to Jennerstown Speedway in Pennsylvania for the CRA Super Series/CARS Tour American Freedom 300 for a $20,000 winner’s check and finished off this past week winning the Southern Super Series Rumble by the River event at Montgomery Motor Speedway for $10,000.

“We’ve hit a pretty good run here the last couple of weeks and have really been working hard all year,” Pollard said. “It’s paid off. These races are tough to win nowadays. There’s so many great cars, it makes you work hard. It’s special for us and our little group. They’re a great team.” 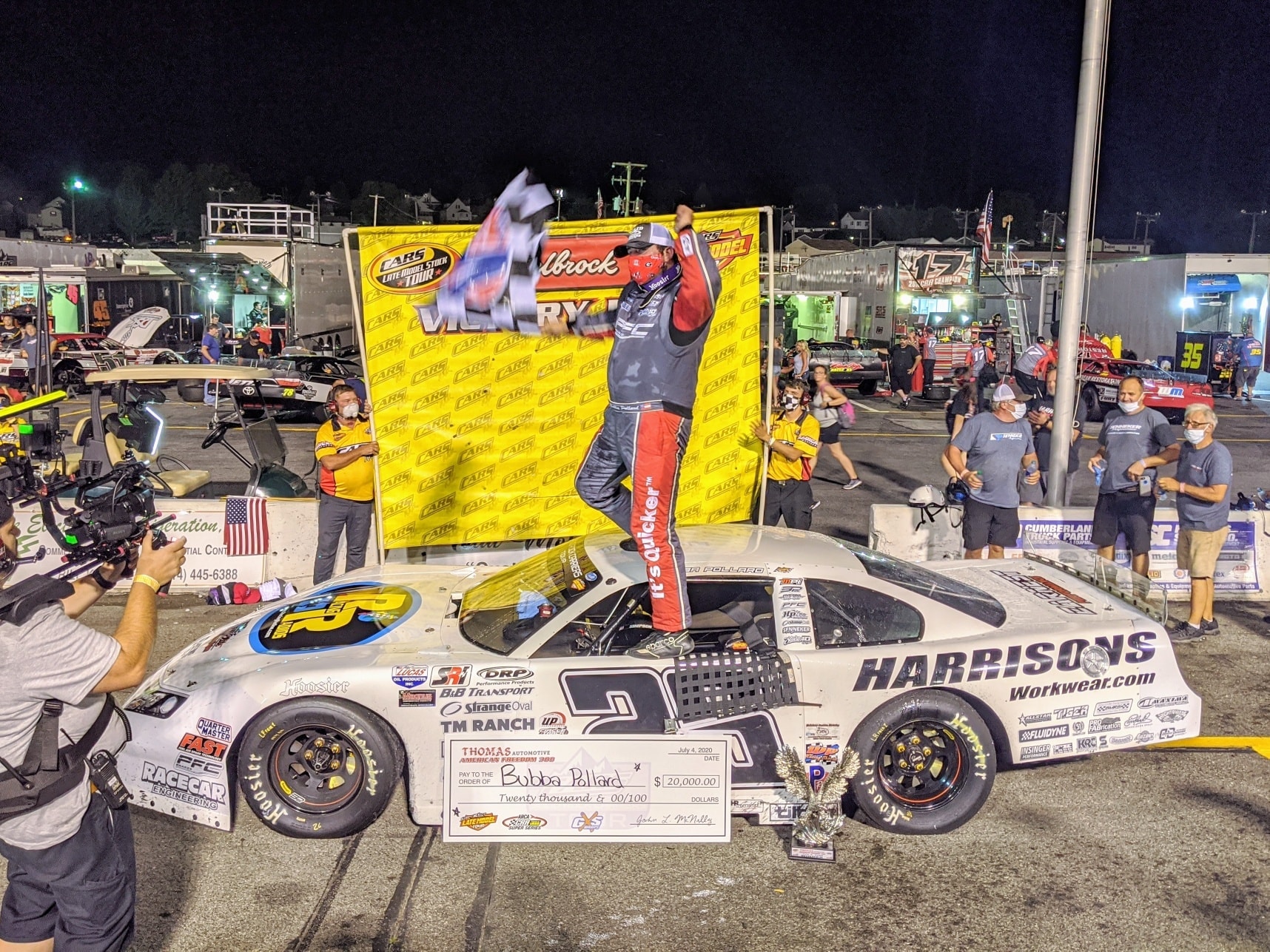