Rossburg, OH – Sporting a “Brewster Baker” movie themed number 49 ride in the 49th running of the World 100 Davenport it seemed destined for Davenport to capture his third win in five years. He would collect his first win of the weekend in one of Friday night’s preliminary features setting him up for a great position in the Saturday main event. Starting seventh he would make his way towards the front when around lap 30 noticed something wrong with the car, the power steering was fading away and he would have finish the race without it. Daveport stated, “it was defininitely tough, I was turning left into the corner with the brake pedal, just trying to hold the wheel straight”. Over the next few laps he continued moving towards the leaders, staging battles with Bobby Pierce and Ricky Weiss along the way. Davenport would finally grab the lead on lap 67 and with his arms starting to give out would hold on until the checkered flag waved. Fellow Allstar drivers Ricky Weiss, Stormy Scott and Chris Madden finished out the top 5. 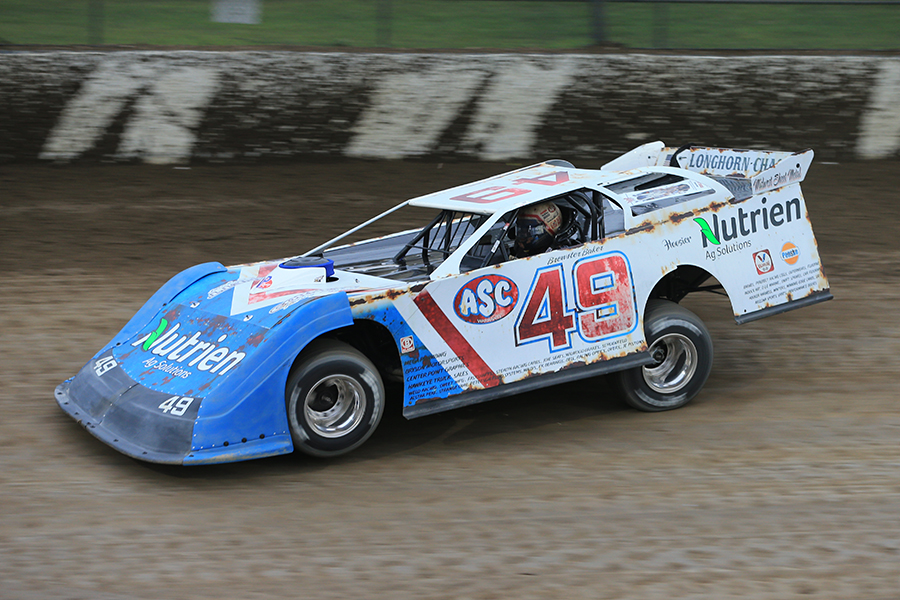