What a weekend for the Centerville, Pennsylvania driver competing in three consecutive days of racing starting Thursday night at the Stateline Speedway in New York with the World of Outlaws Late Model Series. Max would sweep the night starting with overall quick time, winning his heat race and after redrawing on the pole would go on and lead every lap holding on for the $10,000 win over series regular Darrell Lanigan and local competitor Dave Hess. Blair would secure his second ever win with the national series, his first coming in 2017 at McKean County Raceway. “I literally grew up here,” referencing his days growing up watching his dad Robbie race at the same track. “This isn’t just the cherry on top, this is the whole sundae,” Blair said of the win and how it sits alongside his 40 other Feature victories behind the wheel of a Late Model this season.

The Blair racing team would make their way to Eriez Speedway in PA for their September Sweep weekend where he would compete in both his super late model and RUSH series crate late model.

Friday night he would miss winning his heat race but would go on and dominate the Super Late Model feature with a 1.751 second win pocketing $4000.

The finale on Saturday night would not go quite as expected in the Super Late Model feature but still ended up with a third place finish behind fellow Allstar drivers Rusty Schlenk in second and winner Chubb Frank taking home the $6000 payday. Max would take a little sting out of the night with a feature win in the RUSH Crate Late Model feature, bringing home another check worth $2500 and securing his third win in three nights. 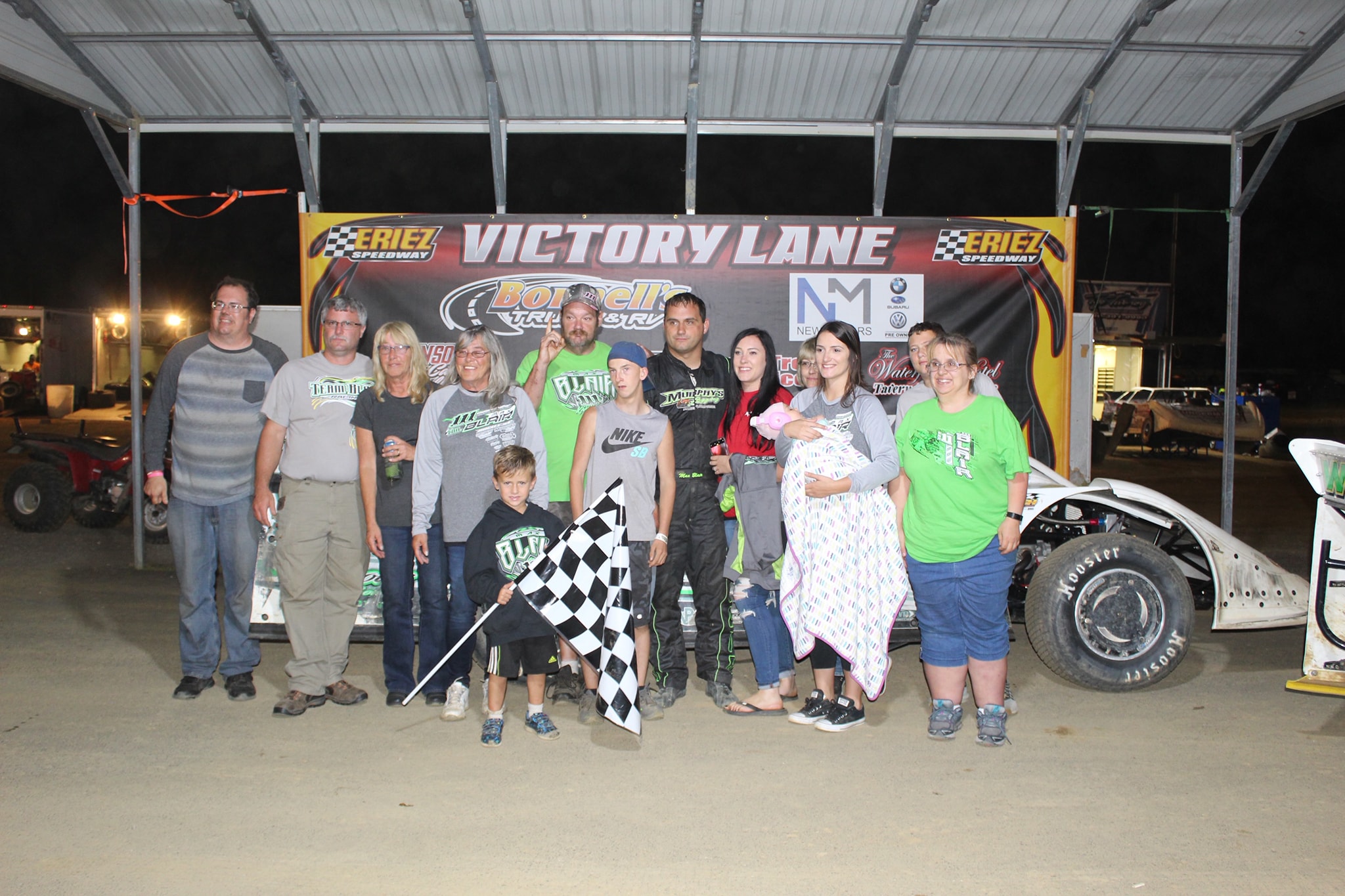